Discover why Edinburgh is the most haunted city in the world by going deep into the haunted underground vaults and visiting Greyfriars Kirkyard at night…are you brave enough? 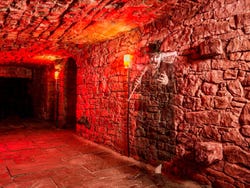 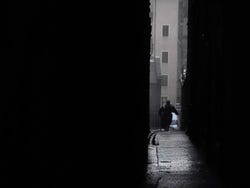 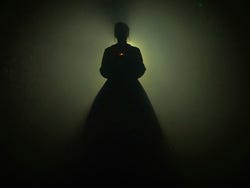 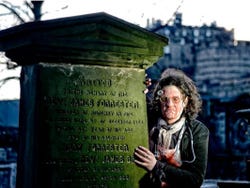 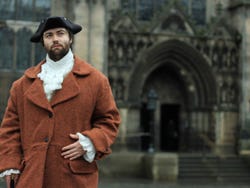 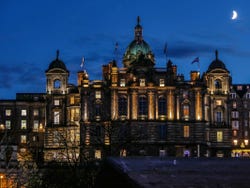 Human souls do not rest in peace after death. At least not the tormented souls, and this, your guide knows very well. Those who are brave enough to follow him down into the depths of the Scottish capital will discover the gloomy and dreary atmosphere of the Edinburgh Vaults.

You will explore the surroundings, corners and the underworld of the Royal Mile, while above ground, unaware of the bleak universe under their feet, the living are enjoying their time having a pint or shopping in some of the trendiest fashion shops. Not you. The main thoroughfare in Edinburgh holds terrible secrets in its entrails. Learn about the most shocking stories that have very little legend in them, as they are historically documented.

When your eyes become accustomed to the crypt’s dim lighting and its strange noises and smells, you will head to Greyfriars Kirkyard, Edinburgh’s haunted cemetery. In the graveyard rest (or are trapped in a restless sleep) the remains of distinguished and not so distinguished citizens, whose distressed eternal rest has resulted in numerous paranormal phenomena throughout the centuries. Your guide will reveal the most noteworthy stories before retracing your steps.

The tour will come to an end at the starting point. And if you see something strange during the tour, it will have been fruit of your guileless and susceptible imagination….or not.

View complete description
US$ 19.10
No hidden fees or surcharges
Free cancellation up to 24 hours before the service starts
Book

Free! Free cancellation up to 24 hours before the activity starts. If you cancel under this time or do not show up, you will not be refunded.

9.30 / 10 415 reviews
Our free tour is the best way to get to know the Edinburgh old town. We'll get to know Grassmarket, the famous Royal Mile or the imposing Edinburgh Castle.
Free!
Book
like

9.40 / 10 102 reviews
Take in the stunning landscapes of the Scottish Highlands, the Glencoe Valley and the mysterious Loch Ness, with murky secrets lurking in the deep...
US$ 68.30
Book
like

9.10 / 10 175 reviews
JK Rowling gave life to Harry Potter in Edinburgh, and with this free walking tour, you'll discover the places that inspired the writer.
Free!
Book