The “hottest” months in Edinburgh are normally July and August. During summer, the average low temperatures are 52°F (11°C) and average highs are 66°F (19°C); therefore, it is never very hot. Although, occasionally it has reached 88°F (31°C) in July and August.

There is often fog and heavy precipitations in autumn and winter. Scotland’s capital is also renowned as a windy city, and it is famously known as the “Windy City”, although it is a lot less windy than other cities in the UK.

Edinburgh is appealing all year round, but if you are not a fan of the cold and rain, we recommend visiting the city in summer.

If you’ve already decided to go during the coldest months, don't worry, all you need to make the trip enjoyable is a good coat, gore-tex shoes and an umbrella.

All four seasons in one day

Although the proximity of Edinburgh to the sea lessens any extreme climates, locals tend to say that you can experience the four seasons during the same day. It can begin gloomy with rain and fog, then suddenly the sun comes out and it gets hot and then in a matter of minutes it can cloud over and start to rain again. 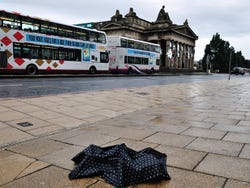 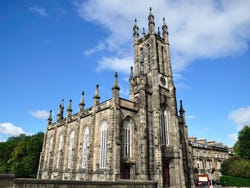