Edinburgh's Festivals refers to the various festivals that take place in Edinburgh, especially during the summer and in particular in August. Scotland’s capital has a long history of these types of events, organizing the first Edinburgh Festival in 1947.

The four most famous festivals and what have now become a cultural sensation are:

There is also a book, art, jazz & blues, science and storytelling festival, among others.

Check out the official Edinburgh Festival City website for more information on the several festivals and when these each take place:

Prices of hotels in summer, especially in August, soar and the number of people in Edinburgh increases by 50% or more.

If you’d like to go to Edinburgh when it is most lively and during the warmest months of the year, we recommend getting your plane tickets and hotel as soon as possible. 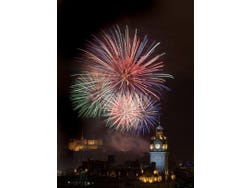 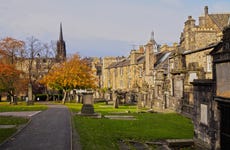