The National War Museum, situated within Edinburgh Castle, is Scotland’s national war museum reflecting over 400 years of Scotland at war, which due to its strategic position, has suffered through many years of conflict. Visitors will be taken back in time to the beginning of the seventeenth century.

As with any other military museum, the National War Museum includes paintings of battles, weapons, armour and other items from various periods.

The museum’s collection features, as well as the typical military items, traditional Scottish clothing worn during the battles, personal items belonging to the soldiers, and letters sent home from the battlegrounds on distant lands.

There is also a section dedicated to World War II and the importance of the women’s role during the various conflicts. Note that women rebuilt entire cities such as Berlin.

Edinburgh’s National War Museum is located within Edinburgh Castle and is a definite must. 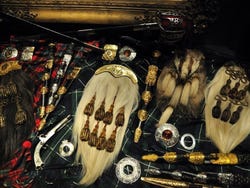 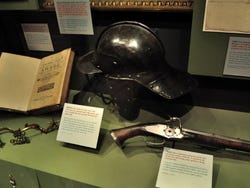 Admission is included in the Edinburgh Castle ticket

Museum on the Mound Scottish National Gallery of Modern Art