The Edinburgh Museum is housed in an enormous and magnificent sixteenth-century mansion called Huntly House. The building is also known as The Speaking House because of the Latin inscriptions on its façade.

The vast mansion houses a variety of items related to Edinburgh’s history and legends, including objects made of silver, ceramic and glass. Moreover, there are several remarkable articles, for example, the original drawings of the New Town or a miniature of the Old Town dating from the sixteenth century, from the time of Mary, Queen of Scots.

There is also a small exhibition in honour of Greyfriars Bobby, the dog who became famous for watching over his owner’s grave for fourteen years.

Interesting inside and out

The Huntly House is full of hidden corners and rooms with interesting information on how the city of Edinburgh evolved throughout the centuries. In addition, the mansion’s architecture and decoration is also well worth discovering.

The museum is located in front of the curious People’s Story Museum and the Canongate Kirkyard (Cemetery), where the remains of Adam Smith lie. 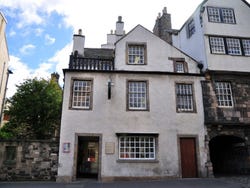 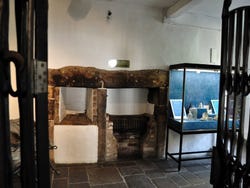